It's funny that I fly around in a stealth bomber, but I never have a bomb launcher equipped.  Bombs are too situational, take up too much fitting space and in the space I tend to operate in they can't probe down a wormhole exit.  For me it's much more effective to have 3 torpedo launchers, cloak and core probe launcher, but that doesn't mean I'm not willing to try things out and to that end when I last exploded my ship I swapped the standard mobile warp disruptor for a bomb launcher and a concussion bomb.  Bombs are quite large, coming in at 75m2 so I didn't have a lot of room left in my cargo bay, but it was there should the situation arose that a large dumb fire, area of effect weapon was required.

I had wandered around a little looking for some action and happened to jump into a new system with a bunch of ships on dscan but no wrecks and no force field at the moon I narrowed them down to.  I had stumbled into a structure bash with 4 Oracles and a Jackdaw huffing and puffing away trying to pull down the dead defences.  Very interesting, I'll be setting up a perch and watching what happens here.

I did some research while I waited and found out that these same guys had all been killed in the same ships the day before, presumably bashing the same POS.  This could get really interesting, especially when combat and core probes appear on dscan. 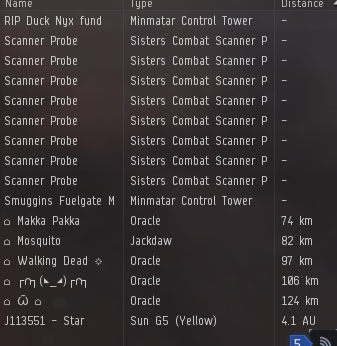 I move closer to allow myself to be in range when the expected Sabre drops in, but after a while of nothing happening I conclude that either the prober is really, really, bad at probing or the probes belong to friends of the POS bashers, presumably to act as a deterrent to anyone in system or provide a quasi early warning system that something was on it's way.  That's a shame, but gets me thinking about how I could maximise my damage should these guys receive some unwanted attention, and decide that a bomb into the middle of a fight would be spectacularly fun to do and might get some kills.  Better to be prepared than be caught without the wrong tool, so I move back over a system to get to a safe and refit to the bomb launcher.  It's a bitch to fit, I basically have to offline most of my mid slots to get the thing online, which really sucks.  But whatever, this will be a one shot jaunt anyways.  As I jump back through I check the damage on the bomb launcher - this system is a Red Giant with the associated bonus damage to bombs, so my damage jumps to an impressive looking number. 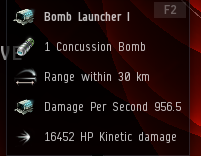 I might be in with a shot at causing some real damage here.  I should really waiting for if and when these guys get jumped, but the nearly 16 and a half K damage compared with the around 7500 damage these Oracles took when they were killed last night makes me think I might be a chance to kill a couple of them by myself.  Stuff it, I get aligned up, choosing an Oracle that's has another 2 Oracles within the 15km blast radius.  Deep breath, de-cloak.


I warp off as I release the bomb and land still on grid but a couple of hundred klicks away just as a satisfying explosive shockwave reaches my ears after traversing the emptiness of space in cool defiance of real world mechanics.

In hindsight I probably shouldn't have warped off given the damage I did with the first hit.  If I'd had my target painter online instead of the MWD, stayed on the grid & locked up my target Oracle, the target painter would have increased the damage from the bomb by a bit and one or two volleys of my torpedoes hopefully would have done the trick.  The Jackdaw was probably my biggest threat and he was over 60km away, plus I was already aligned so it wouldn't have taken long to get out of dodge.  Note to self, analyse this stuff before you engage, you might get a better result.

In the end these guys aren't too worried by a lone bomber and all I managed to get from them in terms of a response is they are no longer sitting still.  It turns out I only helped them at their task, getting in on a sensor dampening battery  and a medium pulse laser battery killmail.

I move on, refitting back to the normal setup and trying to find some more targets.  I end up in a C5 and I know there is a bubble at a particular tower, but there isn't any cargo containers, so I warp over and land in amongst all the POS guns.  And then I die to a tower again.  Bloody towers.  I have resolved to ignore towers with bubbles in future, and I'm aiming to make July a "Losing ships to towers free month".  Bloody towers.

The next week or so is a bit of hard work, lots of scanning without much reward.  I eventually find a Vexor Navy doing a data site after working my way 5 holes deep down a particular chain, which is probably the deepest I've scanned out a chain while looking for players to interact with.  The problem is that I haven't scanned this hole out, so I'll need to use dscan to narrow down where this Vexor is and then drop probes hopefully on top of it.  I decide that for something different  I'll use combat probes, so I drop a depot outside of dscan range, refit and position the probes.  I'll be using a tip that Zosius has graciously imparted ,  where I pull the probes as soon as the scan cycle has completed to avoid having the probes visible for too long - if I need to rescan I can warp back out of dscan range of the target, redrop the probes and reposition them as needed, rinse and repeat.  It appears I'm not the best at this as it takes 5 goes to finally get a warpin on the Vexor, but they appear oblivious to my attempts at finding them.

I settle in to wait.  It takes a while, but the site is finally cleared and the Vexor warps home, hopefully for something like a Noctis given they haven't dropped a MTU.  They don't appear to be local, as they are gone for a while before warping back to the site in a.......

WTF?  I can only reason that they were going to try and hack the site, but it despawned while Geniva swapped ships.  The Helios buzzes around looting the field but not salvaging the wrecks.  In frustration I try and nab it on the last wreck, but it's already aligning out & warps out before I can lock it. Very frustrating, Maybe I'm just trying too hard, trying to force things.

For something different one afternoon after work I have a few minutes while the wife heads out to pick one of the kids up from daycare.  I'll login and see what's happening in the system I logged off in last night.  Wrecks on scan along with a Rattlesnake.  Curious, but not really hopeful of getting a kill due to the time frames I have available,  I resolve the anomaly they are at and warp over to have a look. 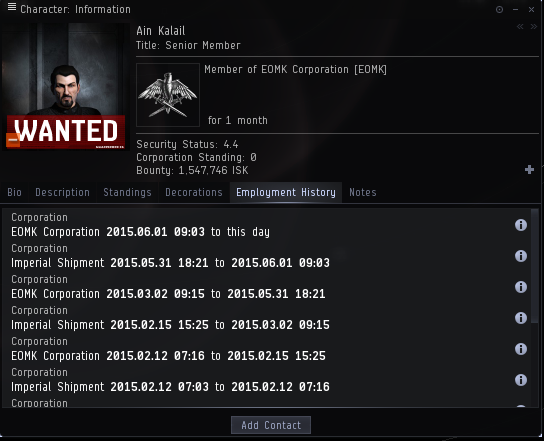 This shows promise.  He doesn't have a MTU out at this point so I'm liking the chances that there will be a salvager along at some point.  However, he is taking a really, really long time to clear the site.  It's a C4 anomaly & he only halfway through the first wave, with several battleships in waves 2 and 3 - it's going to be a while before he's finished, much longer than I have available.  However, I might be able to make this work.

I leave Eve running and start folding washing.  I'm about halfway through the basket when the wife gets home, and I say hello to the family before putting the clothes away, surreptitiously checking on the Rattler to see how he's progressing.  I also wash the dishes up.  All very good house husbandly things to do.  Eventually I ask the wife, can I pretty please play Eve for 5 minutes?  I remember telling her" You see this guy here, once he's finished killing these red things I'm going to have a chance at killing him".  Eve explained in 25 words or less, very informative and inspirational.  Needless to say, the wife isn't terribly impressed, but says she won't stop me, as long as it's only 5 minutes.  Hooray!!!

As a tradeoff I also let the wife use the computer so she can enrol in her next semester Uni courses.  As she's finishing up with that I check Eve and the Rattler only has a couple of Sleeper cruisers left.  Show time, start the clock.  While I haven't been watching a MTU has been deployed so the wrecks are nicely compressed into a ball.  I warp in at 30km and watch the Rattler warp off to the local tower.  What will he bring back I wonder. 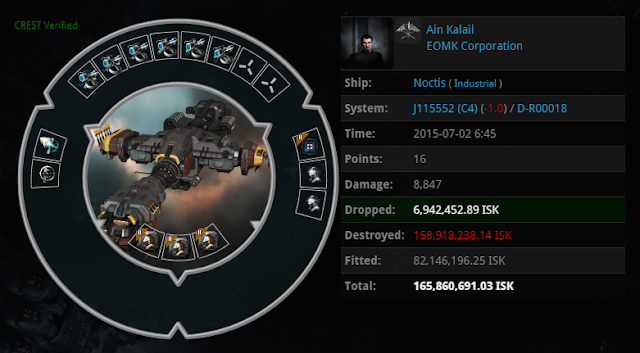 It's a little ironic that when I'm not really trying to kill something a Noctis drops in my lap, with a little bit of help from a caring, understanding wife.
Posted by Havlac Agalder at 21:12